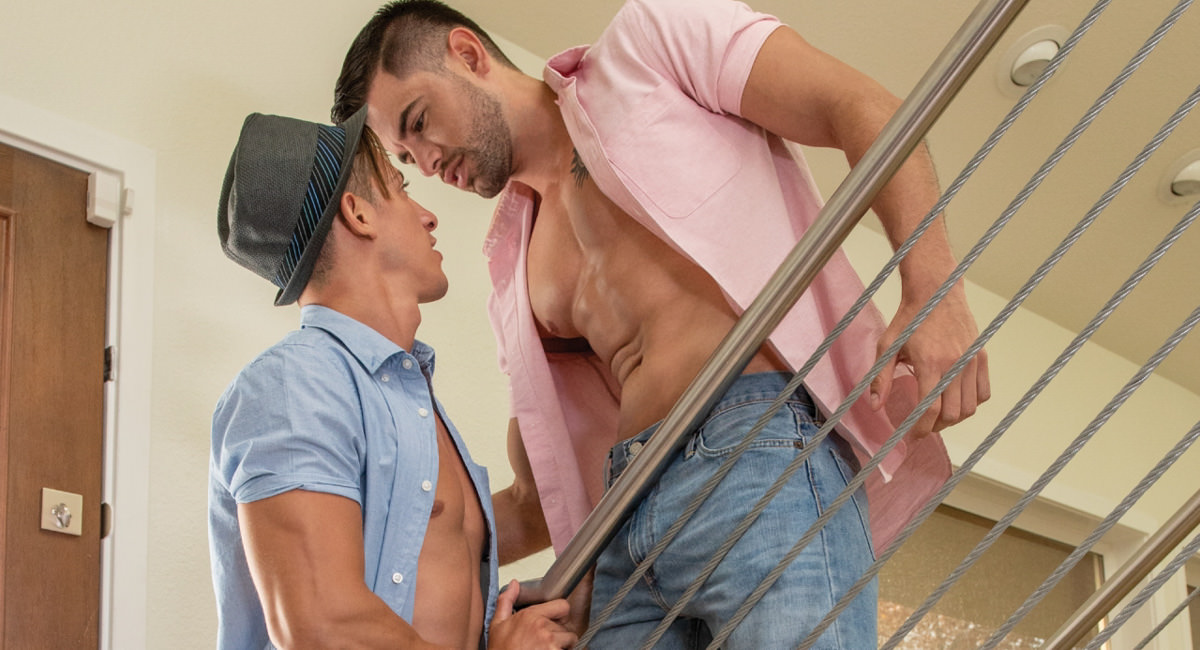 Upon Danny Montero’s return to the house, he’s greeted by a half-clothed Joaquim Cruze. When Danny sees Joaquim’s chiseled torso, he reaches straight for the bulge. Danny quickly gets Joaquim’s jeans unbuttoned and around his ankles, and he’s suddenly met with Joaquim’s thick, uncut dick. Danny wraps his lips around it and slurps it down to the balls before Joaquim sinks to his knees and returns the favor. Danny holds the back of Joaquim’s head while he face fucks the Brazilian hunk. It’s Joaquim’s turn again, so he sits on the stairs so his cock can be engulfed by Danny’s mouth once more. Danny chokes down on the hefty meat until it explodes in his mouth and on his face. With the taste of Joaquim’s load on his lips, Danny feeds Joaquim some of his own cum and they finish off with a cum-filled kiss.

It’s been a couple of months since we last saw sexy David and his big hooded dick in action, but when Jasper came back to us looking to get his pale little butt hole filled in we knew it was time to get the lad back in the bedroom. The chemistry is definitely there, with the two kissing and groping in their undies, revealing their dicks for each other and frantically swapping head. David has a gorgeous heavy dick, thick and long, with a perfect hood on it that Jasper loves to taste. Our tanned top boy really goes wild for that joystick when he gets the chance to suck some pale boner, sucking Jasper’s balls and licking up his shaft, and it’s all leading to a great hole-filling fuck. He starts out parting those hairless and plump cheeks and licking the boy out, then it’s time to pound that butt. David doesn’t hold back, slamming his new friend on his stomach, from behind, then getting the lad on his back for some deeper thrusting. The fountains of spunk they stroke out together at the end should have you joining in with them, you’ll wish you were there to add to that mess! 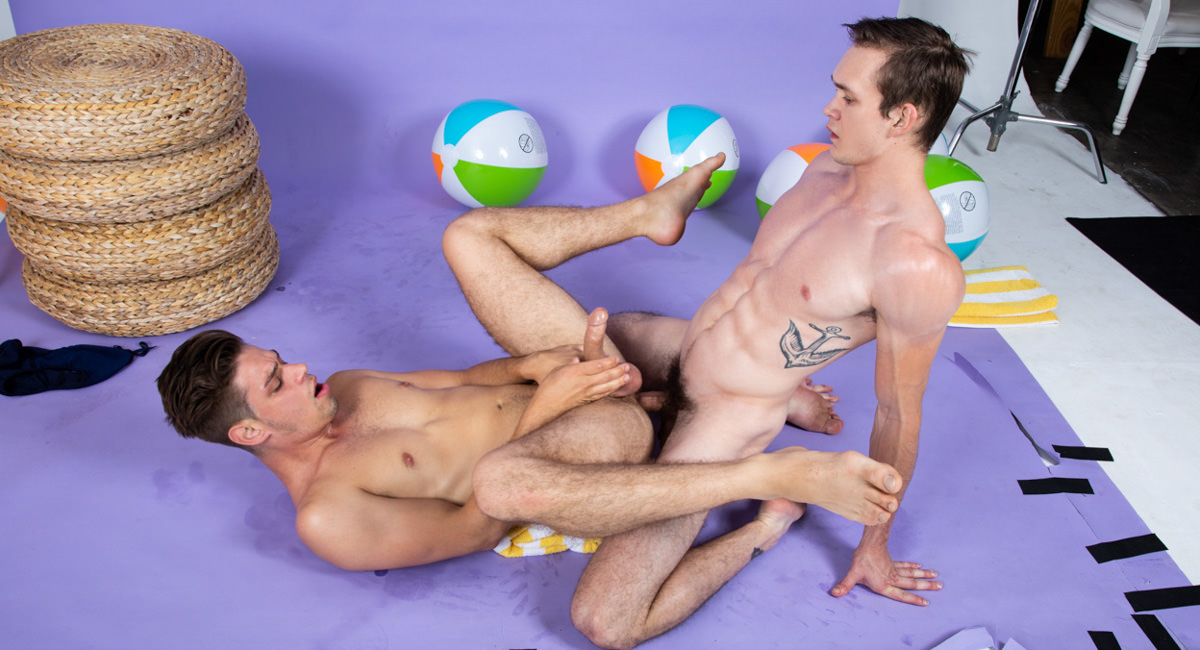